You are here: Home / On the Job / Those critical soft skills that are key to job search security and promotion

During tough economic times many employees are seeking to take control, by protecting their job. During the boom times, employees seek ways to gain a promotion or a better job. 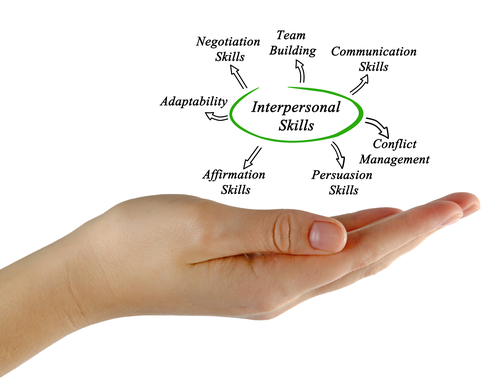 So what are they keys to becoming that employee that gets along with colleagues and more importantly the boss?

If you gossip, you will be perceived as someone who simply cannot be trusted, which in turn could be detrimental to your job security, or job promotion.  Having said that, gossip can be quite useful in terms of finding out what is happening on the grapevine.

The key is to listen to gossip, but never participate in sharing gossip, even if you are in possession of a very juicy piece of information.  That way, you can monitor group dynamics, but not be involved in a practice that erodes trust.

Getting involved in office politics will NOT reflect well on you.  An unscrupulous and ruthless player might win in the short term, but ultimately it will destroy relationships and could be detrimental to your career, as an unscrupulous player is often the first to go, if jobs are being culled.

However, just because you don’t get involved in office politics, does not mean you can ignore the office politics, in particular if you are a victim of office politics, gossip and alliances.  You need to be aware of the manipulation-taking place and take measures against it.  For example, communicate in a clear and precise manner, so that what you say, or write cannot be misinterpreted, avoid demeaning others and remain cool and level headed, and work on promoting yourself within the organisation, without putting others down.

Yes you can be friendly and engaging, but it is imperative that you act in a professional manner.

Quit being so negative and complaining to work colleagues – as complaining is just so boring to others and you will be perceived as a whinger, not a person that can resolve problems and bring cheer into the office environment.  Yes your commute to work, might be a pain in the neck, likewise your workload is burdensome, but ‘get over yourself’.  The reality is, that your colleagues really don’t care that much and your boss, will only perceive you in a negative light.

If you have not got anything nice to say to someone, don’t say anything.  Don’t deride, criticise, or demean others, otherwise you will be perceived as someone who displays contempt for others, rather than someone who is consistently genuine in their interactions with others (and genuine interactions are one of the panicles of professionalism).  Likewise, avoid telling inappropriate jokes, which might be perceived in a negative light.

Keep your private life to yourself, as those dramas at home, will NOT be seen in a favourable light.  Some bosses might be sympathetic, but many just see those home dramas such as marriage breakdown, looking after your ageing parents, or your children’s behavioural problems, as something that impacts on your work productivity and performance – which is not so great if you are trying to protect your job, or get a promotion.

Avoid office romances if you are serious about promotion prospects.

Don’t stress or loose it, others won’t see your rant and raves, in a ‘good light’.

Engage in constructive debates, not arguments

One of the keys to getting along with your colleagues and the boss are communication skills.  Pivotal to this, is the ability to contribute to constructive discussions and debates, by finding solutions, a common ground and ability to influence people.  When discussing issues at work, don’t turn it into an argument, even if you think your colleague or boss is an idiot.  Instead, make a strong case without getting personal and aggressive and listen, before you respond, so you at least understand where the other person is coming from.

The most effective and easy to get on with staff members, are those that successfully develop a good working relationship, be it with the CEO, or the contract cleaner.  If you are perceived as someone that is positive, supportive and gets on with people, then you will be viewed in a more positive light, in terms of maintaining your job, or getting a promotion.

When developing relationships with people, make sure you are dependable, encourage others, take the time to talk and listen, be approachable and support, guide and care for others.