You are here: Home / On the Job / The Typical Australian Workplace Culture

If you are a newcomer to Australia, then below is a list of characteristics that generally defines a typical Australian workplace culture.  The list is not exhaustive and not all workplaces or Australian’s will reflect these values.  However the list will give you a good idea of th 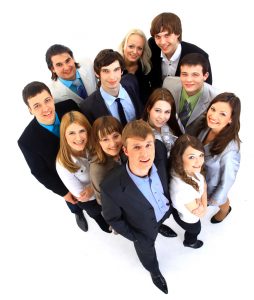 For additional information on the workplace culture, I recommend that you read ’Day Boss! Australian Culture and the Workplace from the authors Barbara West and Frances Murphy.

Australians generally favour equality over recognised hierarchy.  However, don’t for a moment think hierarchies within the workplace don’t exist in Australia.  They do.  However in Australia we tend to downplay hierarchy, so it is not uncommon for greater interaction between top management and the ordinary worker.

Australian’s like to think they have quite an informal workplace culture.  Jokes and banter is commonplace, nicknames a sign of acceptance and occasional swearing is not uncommon.  However don’t mistake the informality with a workplace culture that is complacent or does not get the job done.

Friendships are common within the Australian workplace culture and Australian’s tend to personalise their relationships with colleagues and bosses.  On the downside, if you ‘don’t fit it’ and connect on the personal level, it can be difficult to get ahead at work.

Australians, compared to their European counterparts are hard workers.  However don’t for a moment think that all this hard works means that work has primary importance.  On the contrary, most Australian’s think that work is simply the way to make money so you can enjoy leisure time, rather than work being central to life.

This hard work ethos is reflected in the fact that Australian’s worked longer hours than workers in any other country (besides South Korea).  But come 5pm on a Friday afternoon and you are unlikely to find many Australian’s still working in the office, or on construction sites.

Australia, like the rest of the western world, tends to favour individualism as a value orientation as opposed to collectivism.  The result is that workers don’t tend to feel any great loyalty to their boss and move jobs quite frequently (in particular the younger generation).  Conversely the boss will tend to not treat you as part of the family, so if they have to let you go due to economic circumstances, they won’t feel compelled to try to keep you on.

In most Australian workplaces, Australian’s are very comfortable debating issues.  Most of the time this debate is friendly and it is commonplace for a person to play the devil’s advocate, when decisions are being made.  This tendency to like debating is also evident in the fact that a lot of Australian’s are comfortable talking about sensitive topics, such as politics, religion and race, even with relative strangers.  Also note that Australian generally remains a country, in which having a religion is not a social or political necessity and religion is regularly the target of jokes.

The Australian workplace culture can be quite adversarial, which is reflected across society as well.  Decision making is not usually about win/win, but win/lose and this is also seen in politics, where parliament is known for its vigorous, win at all cost approach to decision making.

In Australia, youth is often valued over age, so those in management are usually there as a result of ability, not due to the number of years of service.  Ageism is a real issue and many older workers find themselves at a disadvantage, when looking for new work.

For women coming from Europe and USA to work in Australia, you might find some (not all) of the workplaces quite chauvinist.  There is a distinct lack of women in senior positions and it is not uncommon for women to still be making the coffee within the workplace.

Like other western nations, Australia is dominated by the clock and meetings, appointments generally take place on time.  Australian’s also tend to focus on the present time, with less emphasis on history, or planning for the future.